I’m hoping to do a bit more personal work over the months, this is the first in a series. Shot using a variety of Nikon lenses mounted on a Canon C100ii. This is new (to me0 camera, a fantastic piece of kit with a great sensor and fantastic colour science. 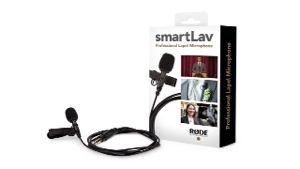 Bought one of these puppies today from cvp.com in the UK, ordered yesterday, arrived today! Great service from CVP I’m glad to say,

Anyway, the smartLav – I haven’t had a chance to test it properly yet but from one or two recordings through RodeRec (paid version) it sounds just as you’d expect from a cheap mic – it’s grand but a little hissy. I haven’t as yet had time to fiddle with settings at all, or read the manual for that matter. I’m reading that airplane mode on the iPhone is important so maybe there’s an interference issue, dunno but will test it properly over the next few weeks.

Good to be cutting in Windmill again, doing some work on fx shots for the Titanic drama series. Was looked at askance when I said I’d been cutting recently on FCP and was asked if people are still using that. Just goes to show the fall from grace of Apple in the editing fraternity and how unready FCP X is for the professional community as well as how fast FCP is fading from post production. I suppose no great surprise there considering it’d be folly to base a facility on dead technology.

So, back on Avid again after a few months. Old reliable.

Camera into FCP via firewire successfully captured HDV1080i to the G|Raid mini via USB2 without sync or other hitches.

this is pretty neat, takes the sting out of entering all that code

Here’s a new promo for Self Help Africa developed by George, Willie & me:

There was an interesting article in the Irish Times last Saturday written by Fintan O’Toole entitled “Finding the art in the advert” which gives “Anticipation” a favourable mention:

The superb 1977 Man of Aran spoof in which the islanders wait in the pub for the currach to arrive with the barrel of Guinness suggests the passage of time by sound alone – the ticking of a clock and the plash of oars – and is almost wordless (“Ta said ag teacht” and “aris” being the sum of the dialogue). So is the other great take on this theme, the 1994 Anticipation ad, with Joe McKinney performing his strange jerky dance while he waits for a pint to settle.

I’m not sure that Fintan’s Irish is up to scratch (“Tá siad ag teacht” and “arís”) but maybe recent budgetary cuts in the Irish Times have taken the fada out of the spell checker.

“Anticipation” has been shown again recently on TV as part of Guinness’ 250th anniversary celebrations, but it feels a little strange to me since the ad has had to be squished into a shorter form (than its original 60 seconds) to accommodate the front and end animation that’s part of the 250 series. Some of the cuts are a little different than they used to be, but I suppose only anoraks like me would notice that …

I’ve been revisiting the time-lapse footage I’ve shot over the years and have begin to wrestle with the issues of what resolution I should make this video on my home setup. In theory I could make this all the way up to 2k (film) but I’m a little limited by hardware at the moment.

Here’s an excerpt from what I’m at: