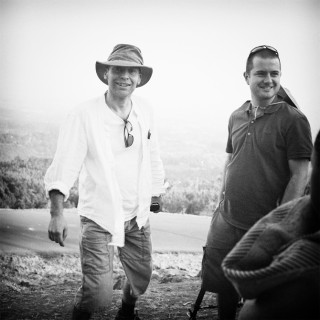 Irish student Tara McGrath has pioneered the development of a fuel efficient stove which she wants to field test in southern Ethiopia with ngo Self Help Africa. Chronic respiratory infections are caused by breathing in wood smoke from indoor cooking fires and Tara’s stove could help reduce this problem as well as the burden on the environment.

In this episode, Orla (the apprentice) was matched with Ovation, an event management company based in Dun Laoghaire, Co. Dublin. In this clip, Orla reflects on the week that has been, and assesses her involvement in the activities which had been organised for a group of Canadian business people who had been visiting Ireland with a view to making it an international business conference and reward destination.

Here’s a short excerpt from an episode of a six-part series I edited at The Farm for Tyrone Productions, recently aired on RTÉ. The series, The Master’s Apprentice, is loosely based round the hospitality industry, whereby a promising apprentice is matched to somebody at the top of their game in order to gain an insight to that person’s knowledge of the industry.

In this episode, Chris (the apprentice) was despatched to Kildare to learn from Michael Davern, the GM of the K Club, a man who had recently hosted the Ryder Cup among other achievements. In this clip, Chris has been sent to make his own appraisal of the hotel before presenting his report to Michael.