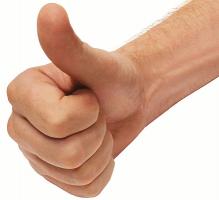 or Managing Your Career In A Difficult Economy

Yesterday evening I attended a seminar entitled  Staying Up in down times – an event which covered various aspects of career management and surviving the downturn, particularly appropriate since the company I used to work for has gone into liquidation and I’m currently reinventing myself.

There were three speakers at the event – James Sweetman, Brendan Murphy and Krishna De (who had invited me along, thanks Krishna). Each covered a different aspect of managing a career in these times.

First off was James and one of the things he spoke about at length was operating outside of your comfort zone. I took a lot from that; due to the circumstances at my former office, my envelope has been certainly been pushed financially and in terms of creativity, I’d been doing a lot more direction (as distinct from editing) over the last few years, so comfort zones had been broached for sure. I’m reasonably allergic to using the word creativity with grown-ups, some people have more of it than others and some people know how to use and leverage what they have better than others. It’s similar to being good at football except you get paid way less.

I’m pretty much a neophyte when it comes to events like these and I was entertained and informed at the same time which is a good thing. I’m a little uncertain though because I’ve never worked in a company of more than about 30 people, and I suspect a lot of the information last night was aimed at the corporate world. The second speaker, Brendan Murphy was pretty succinct in his delivery: basically if you think you’re certain of the viability your job, happy days but make a plan; if you’re uncertain of your job, make a plan; if you don’t have a job, make a plan and act on it. Over the last while I’ve been in categories two and three, thus the opportunity to relaunch myself. The bottom line is having a good CV, a document that has been recently updated, is accurate and true.

The last speaker, Krishna De, resonated with me the most. I suppose I’ve been tinkering around the internet for years and years, since the idea of broadband was but a dream and a far flung one at that. Dial-up was my introduction to this medium – remember dial up, kids? So there are bits of my stuff scattered all over the shop without too much coherence between any of them. Krishna’s all about the Personal Brand – her presentation was really interesting & started me thinking about how to get a bit of coherence between all the stuff I do online – kili.intercuts, video.intercuts, plain ol’ intercuts (you’re here), hughchaloner, flickr, pix.ie, linkedin, twitter, facebook, youtube, vimeo – all that crap is lying around out there without too much of it pointing at ony other bits of it. So a big thanks to Krishna. Youtube is the second biggest search engine in the planet! I never knew that. My youngest kid (aged 4) “plays” on Youtube all the time, imagine that! I’ve a few bits in there all right but they’re typically and cryptically hidden away somewhere in the dusty bowels.

I think I need to get organised.

Thanks again to Krishna for the invite and the mentions.