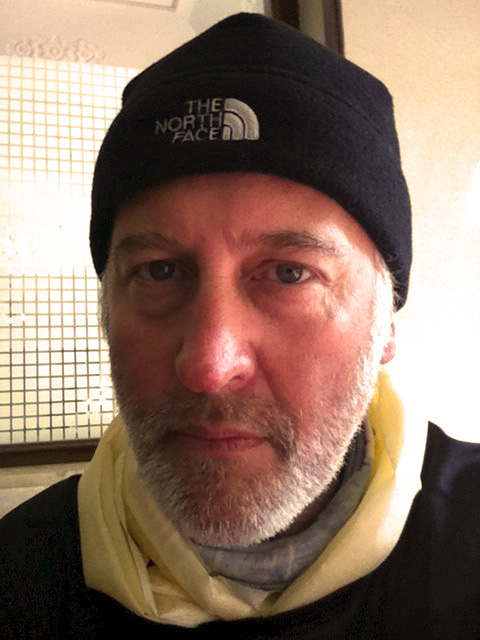 I took this picture in Kathmandu after climbing down the Khumbu Valley with a very dodgy stomach which I picked up at Island Peak Base Camp. I now know what severe cramps can do to a person. I flew home with the beard, met my family, my youngest child (5 at the time) was frightened and cried. I shaved it off within an hour of being home.

Thankfully it’s been awhile since I broke anything, but there was a time when I damaged myself a fair bit either in the pursuit of contact sport or just plain falling down stairs. My poor unfortunate (then) girlfriend (now wife) had to pick up the pieces (literally) when I tore the ligaments in my right ankle after a misjudged descent of the stairs in my work at the time. I developed a clementine-sized lump on my ankle within seconds and came close to vomiting. I remember the pain as intense, very intense but short-lived. I’m not sure if there’s a pain scale, but if there is, this would have been up there. But soon gone, unlike the pain of loss which lingers.

A few days later we left for Crete via the mailboat to Liverpool and a flight onwards, Shona carrying the bags while I hobbled on crutches.

Of course when you’re on crutches with your leg in a half cast, there’s little point in bringing a pair of shoes when just one will do. One shoe for my one working leg, the left one for my right was banjaxed. Off to sunny Crete where we were destined for a tiny fishing village somewhere on the south coast. Inaccessible pretty much except by boat. It seemed like a good idea at the time. Agia Gallini was perched on a cliff and our lodgings were halfway up it. Countless steps became counted steps after an evening’s retsina, when repetition focussed the brain. I don’t know how Shona put up with me in my monolegged state.

Curiously the holiday took several turns. One was the disintegration of my crutches which didn’t take kindly to the abusive, abrasive, pitiless rocks. Hauling my not inconsiderable carcass across rocks to the small strip of sand which passed for The Beach, the rubber pads at the end of the shaft had enough and simply perished. Metal on rock doesn’t afford much in the way of grip, so moving became more like controlled slipping, and the steps up to our lodgings became more and more treacherous.

The questionable decision that my cast, a new style fibreglass job, would withstand saltwater and that swimming would be a great idea gave rise to the next turn. Shona, a paragon of sense argued that it’d be foolish to swim. I think I might have been delusional and insisted it was fine. Alas not, after ten days of abuse the cast started to disintegrate. Sad that.

So what do you do with a disintegrating cast in Crete? Go to hospital of course. Shona deposited me outside the Hospital at Heraklion, all bronzed and limping. I attempted to explain to an official that my plaster was rotten and needed replacing, but I think my rant was lost in translation. I was dispatched to a waiting room to wait. At that time, going to hospital seemed like a big deal to Cretans, it was a family affair, an extended family affair. For a dressing change you brought the direct family. Stitch removal: add the aunts and uncles. Splinter removal: add a generation above and below. The place was teeming with the concerned and there I was in my own.

Hours had passed when it was my turn, in I went. The doctor was a bit perplexed at my gesticulations and produced something like a power tool saw and a large pair of shears. He set about carving the plaster open down the front of my shin, but his aim was a little off and I felt considerable discomfort and a burning sensation as the cutter broke skin. It was around this time that Shona found me being treated and was under the impression that the doctor was giving me an ad hoc amputation. Off came the plaster and to our relief I held onto the leg. To this day I have a scar down the front of my shin.

Happy days, the plaster was off but no sign of another. I was given a crepe bandage for support. So having only the one shoe and having gained the freedom of my leg, off we went, me hobbling on a very brown left leg and half a very white right leg from the knee down. After a few days more, we returned home via England again where it was unseasonably wet and cold. Me with one brown leg, one white leg, dodgy crutches and a single shoe, I drew a few glances from the locals. I’m glad and thankful that Shona persisted with me. It could so easily have been her holiday from Hell.

Twenty five years on and she’s still persisting. My leg is serving me reasonably well, having got me as far as the headwall on Island Peak in the Himalayas at 6000 metres. A small feat in itself. I’m hoping I never do the ligaments again. 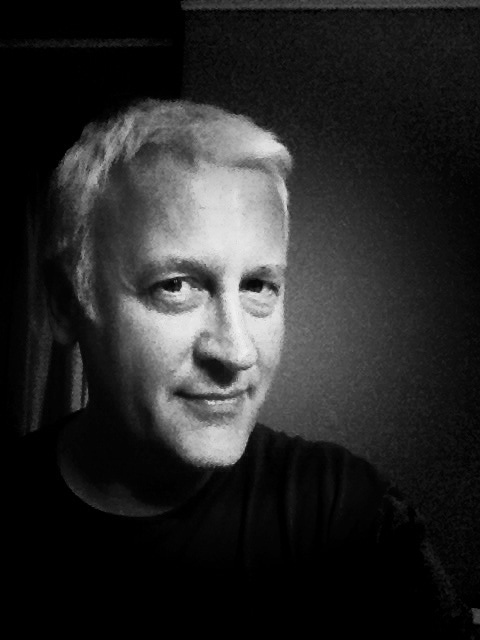 2 Replies to “The short memory of pain”